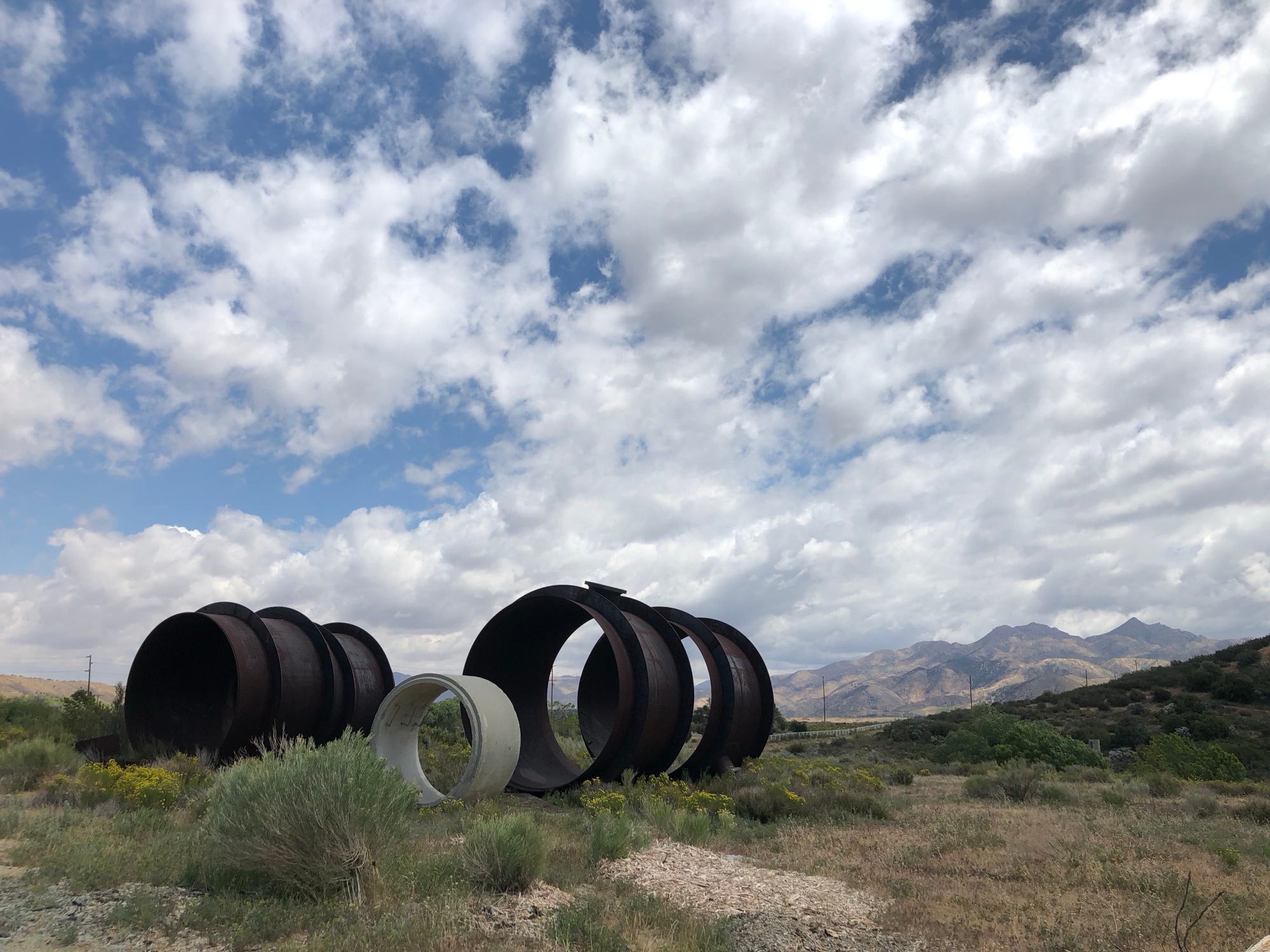 Somehow, the miles continue to rack up and I’m amazed that we’ve been out here for almost 1 month! The mental struggles during our first few days on trail seem like a lifetime ago.

We decided that we weren’t quite ready for another zero day when we arrived in Big Bear Lake, so we did an easy day in and then a short day out of town instead. We hitched in with Brian, who had just sold his cabin in town last year. He gave us a tour of the town and dropped us off at the Vintage Lakeside Inn. The inn was recommended to us from Iron Man that this was the place to stay. It was clean and quiet! Damon, one of the employees, was extremely kind and gave us rides to the grocery store and back to the trail!

Our time in Big Bear was short, but we enjoyed rest, massive pancakes from the Grizzly Manor Cafe, and some great Indian takeout from the Himalayan Restaurant.

Once we were back on the PCT, we braced ourselves for possible snow over the next two days. While it was chilly our first night out, we managed to just miss the snow and freezing temperatures as we descended down to Cajon Pass. Near mile 300, we woke up in the morning looking back at the mountains behind us encircled in dark clouds of snow. The cooler temperatures were a welcome respite from some of the hot days in the desert we’ve experienced so far. 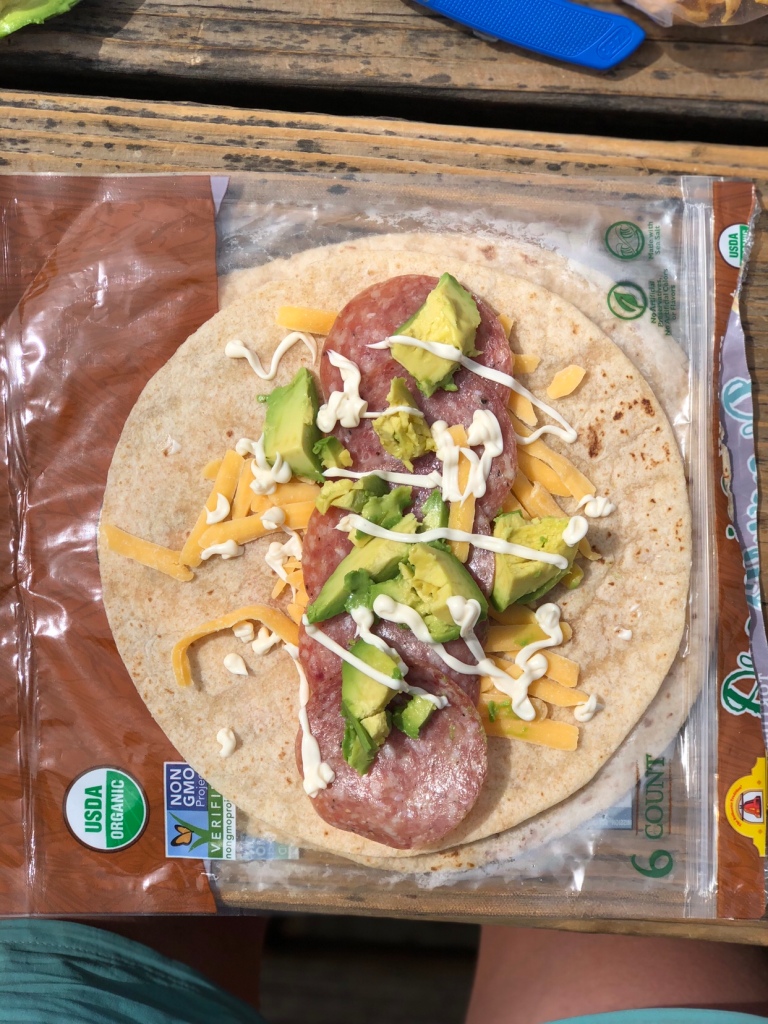 On our third day out from Big Bear, we hit 300 miles! Unfortunately, I’m sensing a theme with our hundred-mile markers so far.

Basically, I seem to hit my more negative experiences near these significant points in the trail!

So, the calf strain is just another injury to add to my growing list of issues. Thankfully, all have been pretty minor so far, but every time a new injury pops up, I think the worst. Just the day before I fell was the first day that I felt really great physically too. I battled through the pain and tried to keep my gait as normal as possible. My calf hurt for a couple of days, and then I began to develop a shin splint in that same leg.

I could go on and on about my alternating foot and leg problems, but for now they seem to be manageable. I have my KT tape, Advil when needed, and much rest in camp every night. The good news is that my earlier problems with my posterior tibial tendons are improving. I have stopped taping the left foot altogether and while I still have some pain in the right foot, it’s much less than it was earlier in our hike.

Being a thru-hiker, a lot of your motivation revolves around food. When we found out that we could get pizza delivered to Silverwood Lake, we were all in. It was such a great to change to hike around the lake after some long stretches without water. We made it a shorter day and stopped at the picnic area for the night ordering a large loaded pizza and bread-sticks (complete with ranch dipping sauce I might add). We devoured our early dinner and thought it might be nice to relax on the beach along the lake. That didn’t last long after a strong gust of wind almost blew our pizza leftovers into the water!

McDonald’s at Cajon Pass was a day that we had been looking forward to for many miles. We woke up early and hiked 14 miles down to I-15 to spend the day eating burgers and fries. The downhill was not kind to my calf or shin, but I was motivated by the promise of food. And it really was amazing seeing that trail sign pointing to McDonald’s!

We spent several hours in our booth ordering a few different times, filling up on water, and catching up. When we finally had to hit the trail for a few short miles, we felt kind of like shit. But that’s what you get for eating so much McDonald’s all day. 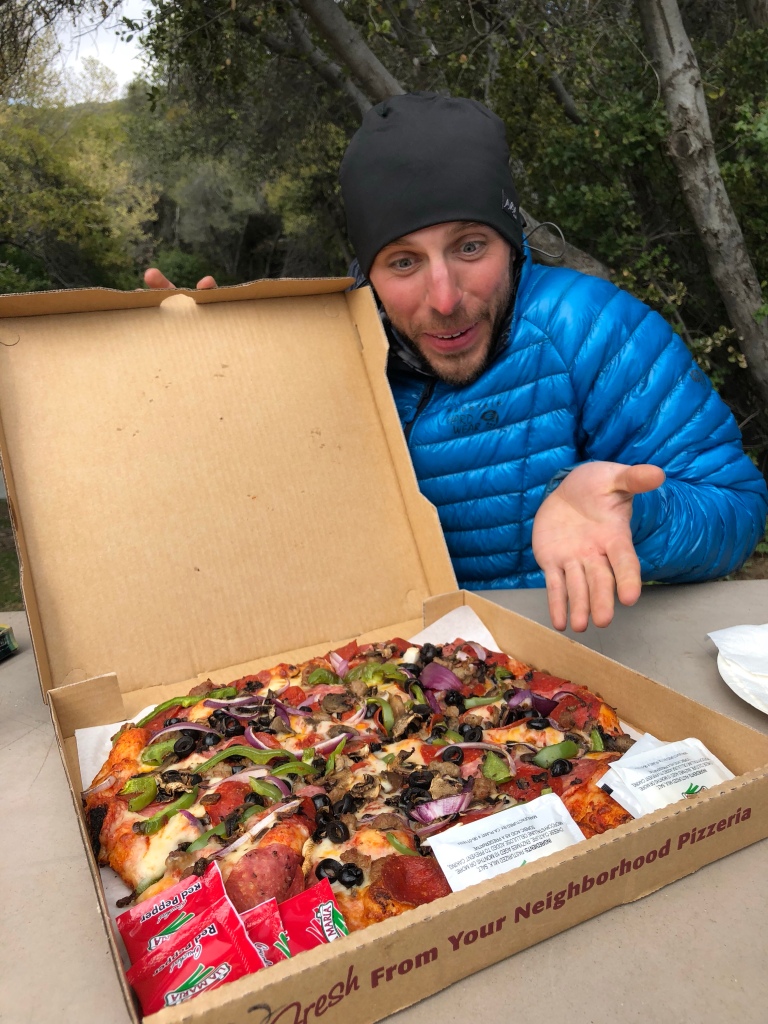 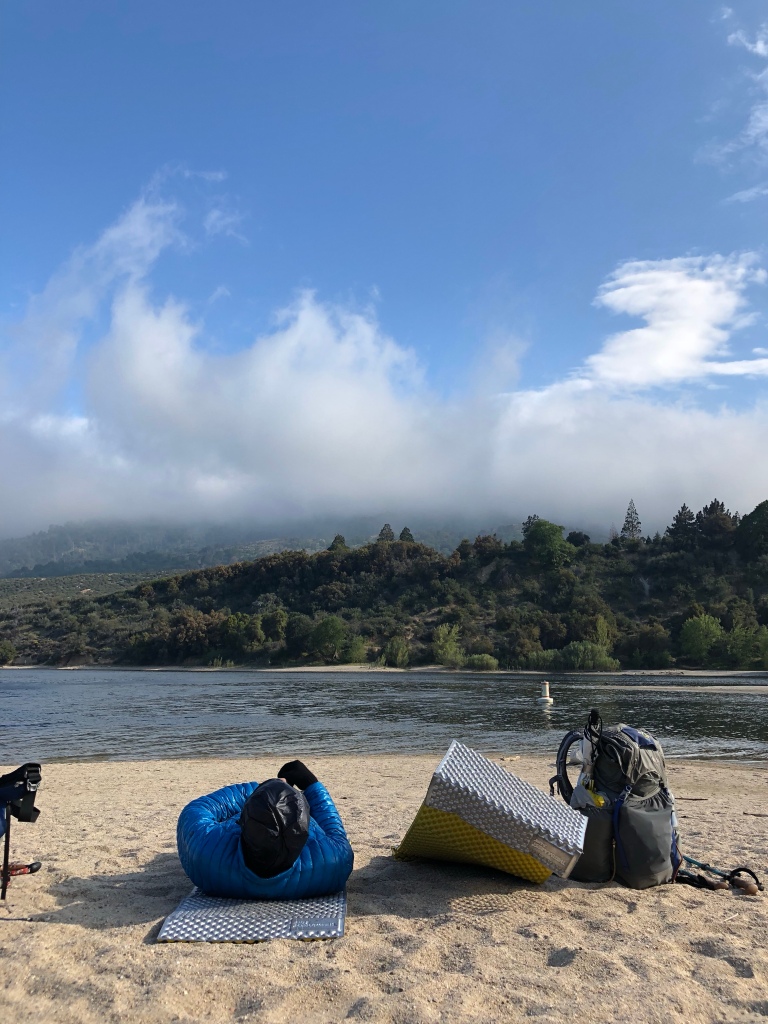 The Push to Wrightwood

We originally planned to get to Wrightwood in 1.5 days from Cajon Pass as we heard that the climb was brutal. While it was several miles of uphill, we found the grading of the trail gradual and the weather was perfect. When we had done 12 miles by 11 AM, we decided to make the push to town. The hike into Wrightwood was beautiful and we had our first look at Mt. Baden-Powell, which we will hike our first day out of town.

There are tons of hikers in town and we’re looking forward to getting some beers and catching up with everyone. So far, we’ve LOVED the town here. Everything is super close and very hiker friendly. We even had our dinner paid for at the Mexican restaurant by a couple dining out there as well. They had already left by the time we found out, but I was so grateful for their kindness in paying it forward to two smelly hikers. There really are such wonderful people out here.

Our time in town always seems too short, but we plan to spend as much time as possible off of our feet. Here’s to the next stretch of trail! 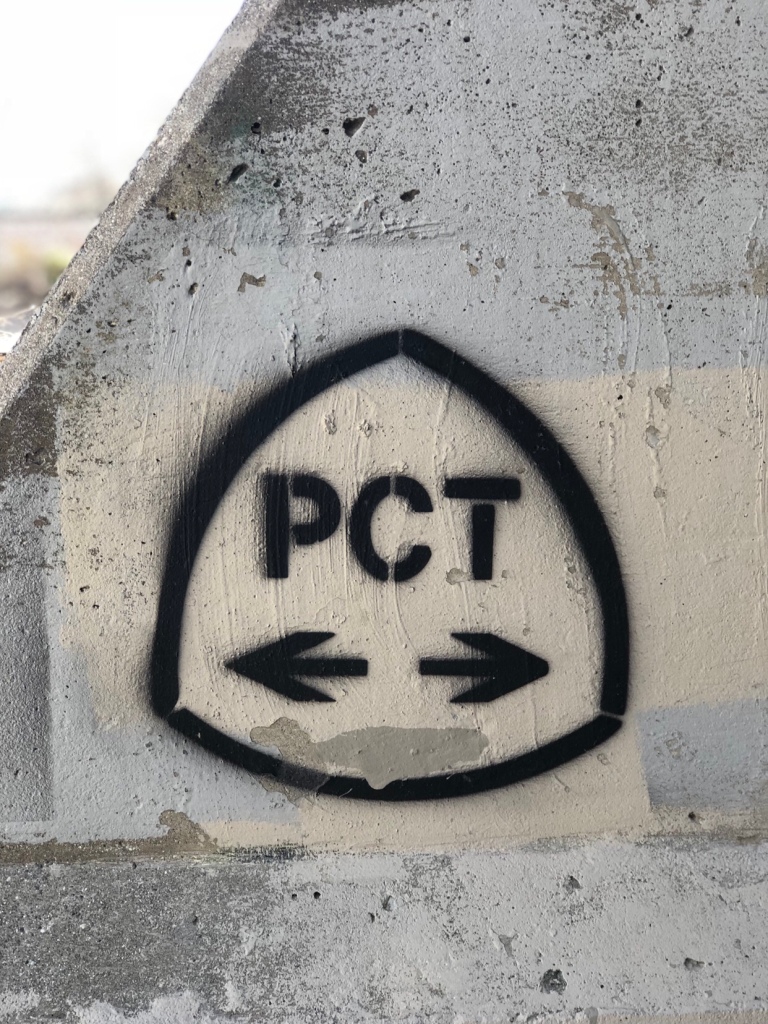 4 thoughts on “Getting Our Trail Legs: Big Bear to Wrightwood”