I last left off with the cliffhanger that Miles and I planned to split up and hike separately once we left South Lake Tahoe. 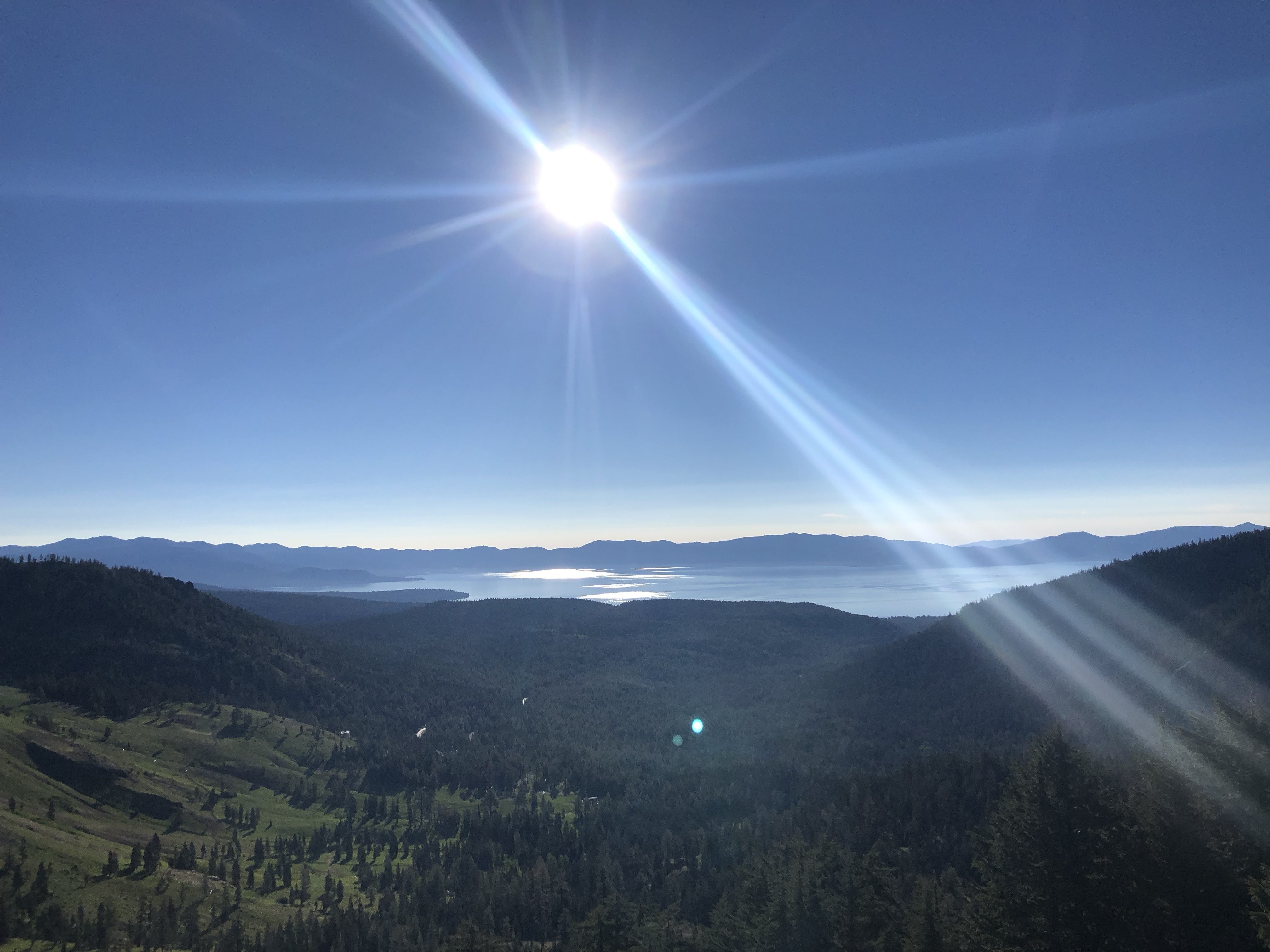 Leaving Tahoe to head back to the trail proved more difficult than we first thought. There was no room for cars to pull off on the main road in town, so we walked for about a mile before finding two of the motorized scooters often found on the sidewalks. We downloaded the Lime app to our phones, rented our scooters, and made our way at a brisk 15 miles per hour to an intersection closer to the trail. Within minutes, we got a hitch from a local couple heading out of town for the week.

The first miles out of Tahoe were incredible, as we made our way around Echo Lake. Cottages dotted the lakeshore as we looped around to the north side. We stopped for lunch on an open ledge overlooking the lake before heading into the Desolation Wilderness. It was a fairly significant climb up to Dicks Pass for the remainder of the day with some more beautiful views along Aloha Lake. We even passed a few skiers heading back down the trail with their skis and boots strapped to their backs. Who knew you could still ski in late June!

We ate our dinner on top of Dicks Pass before making our way through remnants of snow along the trail. It was supposed to be our final night together before parting ways, but again, it didn’t happen. 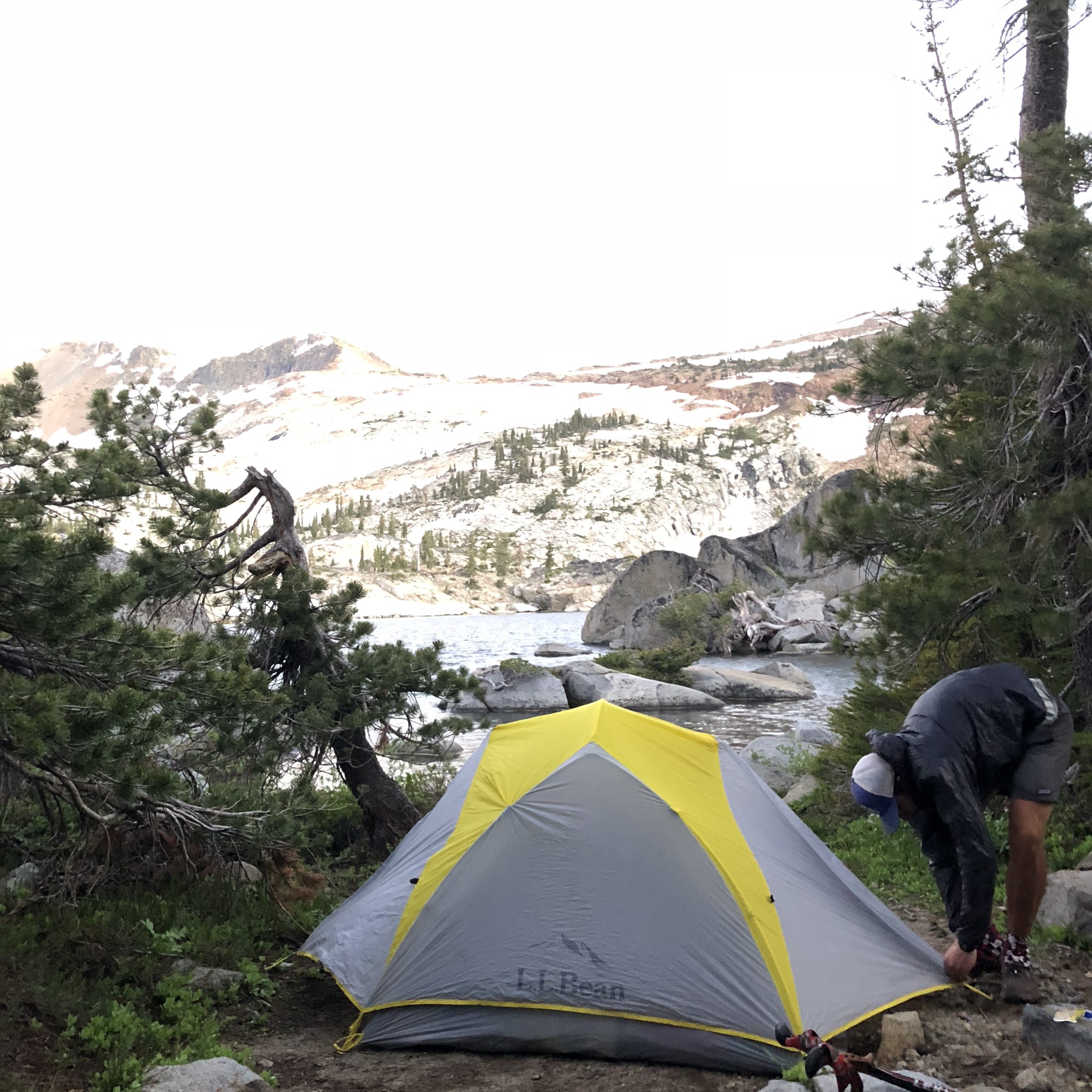 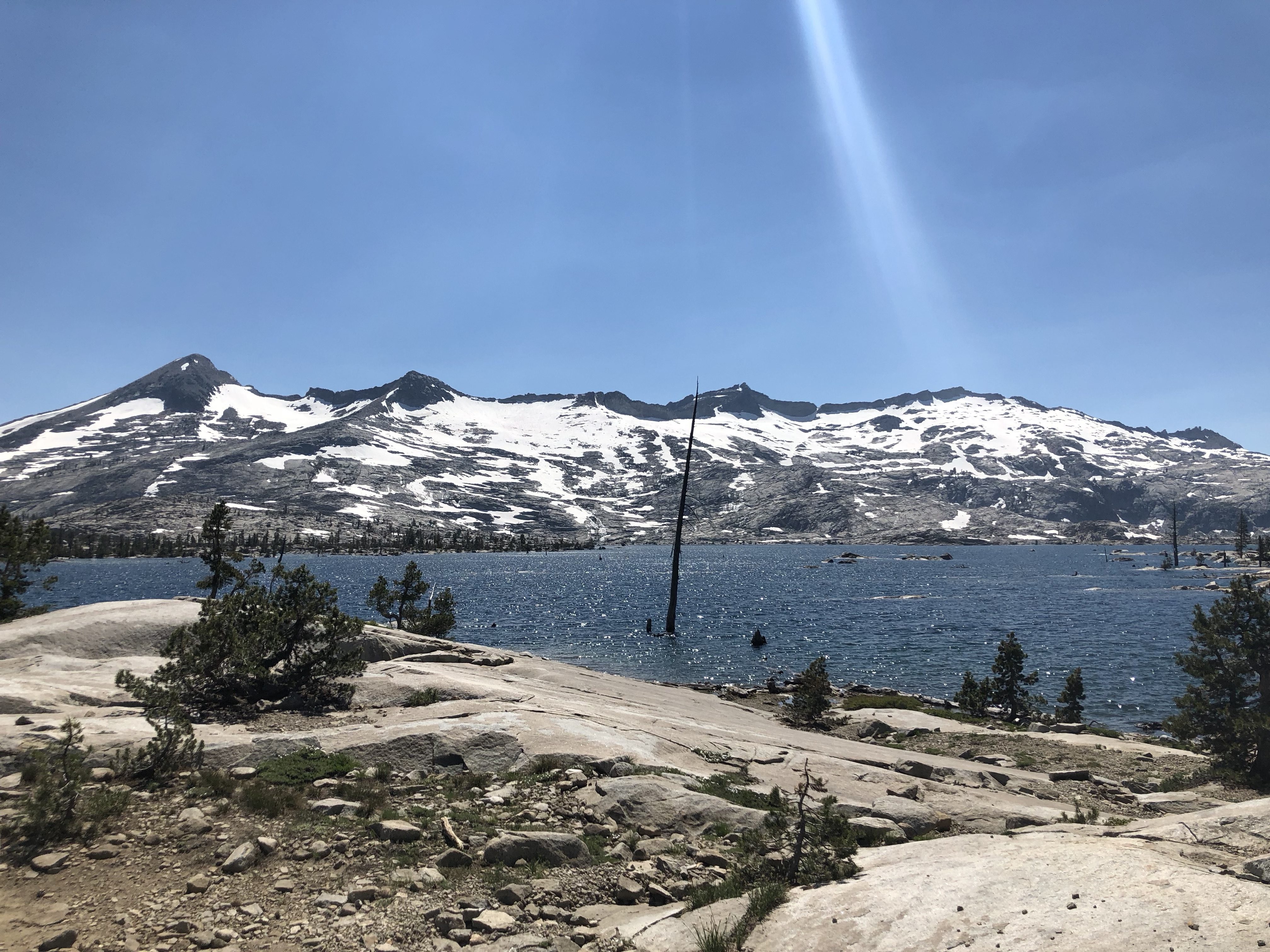 For the next two days heading toward Donner Pass, we continued to hike together. Up until this point, I didn’t really think I would have a problem hiking on my own. After all, you’re never really out here alone. There are always other hikers around, and if you want to you can find one (or two or three) other thru-hikers to join up with and hike together. But, after only thru-hiking with one person for so many miles, I couldn’t imagine doing it any other way. 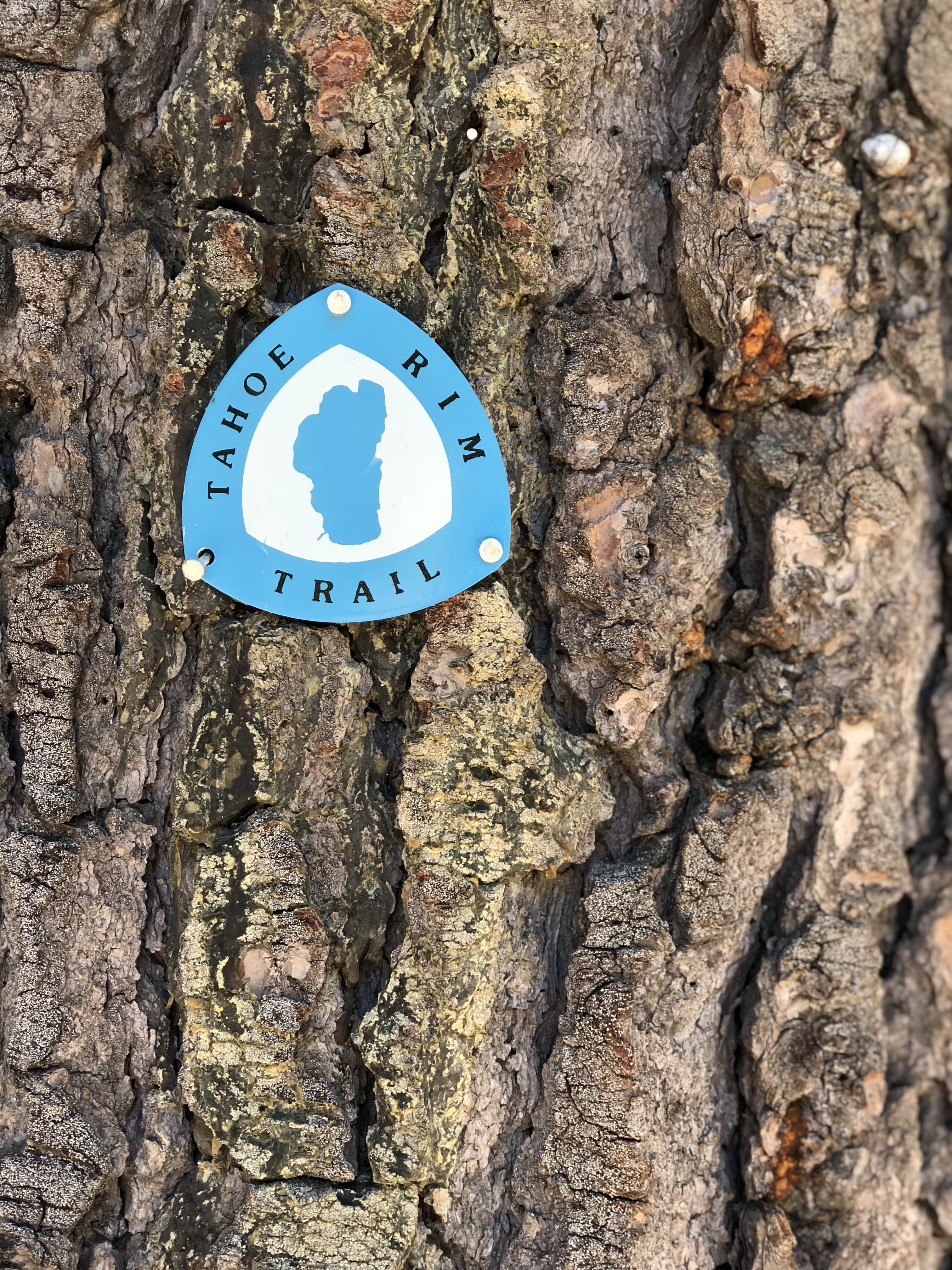 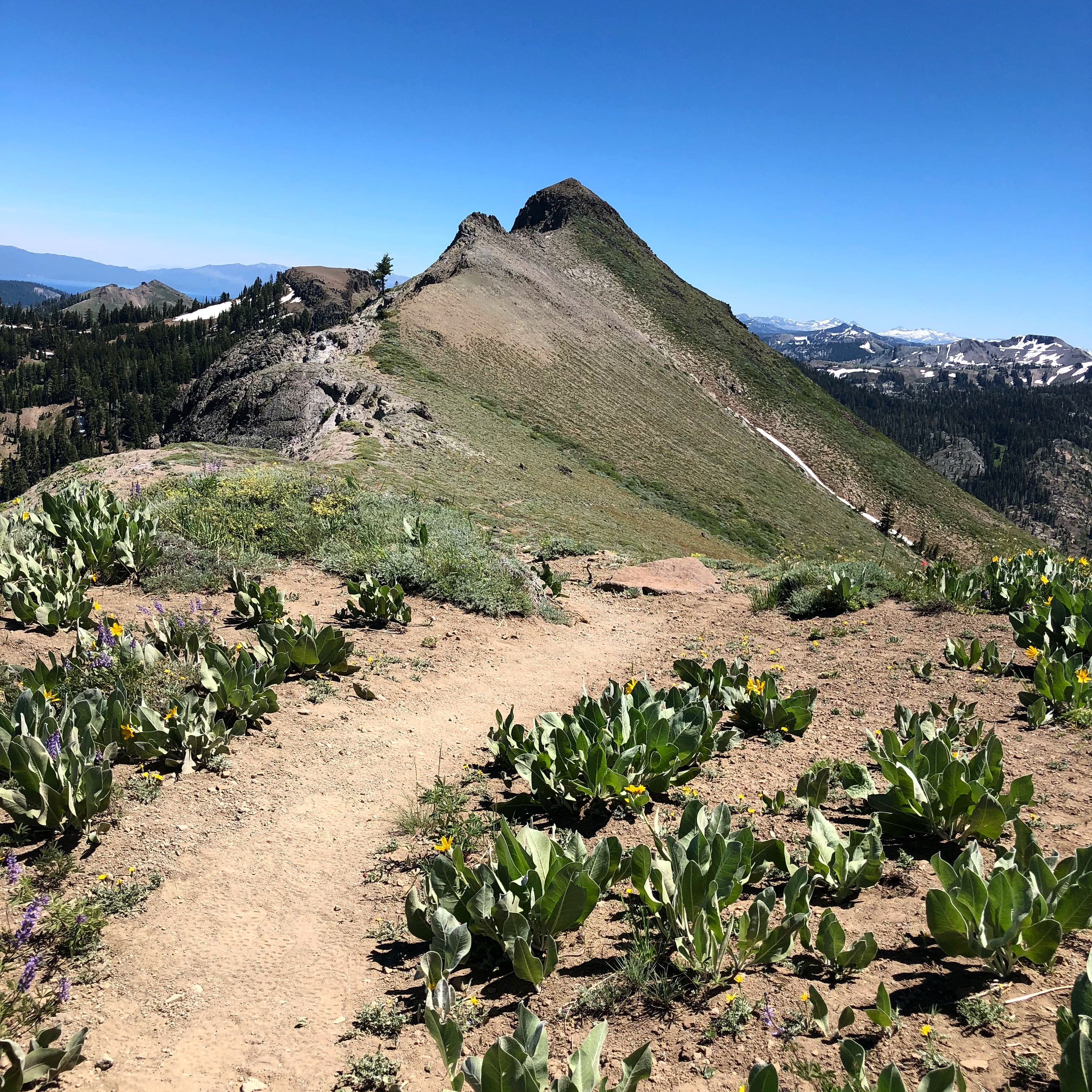 Not to mention, on top of the emotional drain, my posterior tibial tendon in my foot was hurting more than it had in several weeks. I didn’t tape my foot coming out of town and then we hiked up miles of loose rock. We did 18 miles that day out of Tahoe and I was stupid for not thinking to tape my foot.

During the final 24-mile day to Donner Pass, we hiked across three ski mountains that brought on exposed, windy ridge lines. About 5fivemiles in, we were approaching our first snack break and my right shin began to hurt. A LOT.

My foot was already hurting from the nagging tendon issue and now I had a shin splint so painful, it felt like some bone or other had to be broken! I slid on my shin sleeve, popped a Tylenol and two Advil, and hoped for the best. It hurt for the next 19 miles, but the promise of food and beer at Donner Pass wasn’t going to stop me. Not even this damn shin splint.

After taking on a particularly extreme windswept look after our day on the exposed ridges (and one last sketchy snow descent), we arrived at the Donner Ski Ranch just in time for dinner. Earlier that day, we randomly met my best friend’s cousin’s girlfriend. I know… sort of confusing, but she knew I was out here and recognized me while taking a break. We ended up having a dinner of nachos, beer, and orange soda before hiking out another half mile to a campsite near the powerlines. Such a small world!

And so, this was for real, Miles and my last night camping together before splitting up and hiking solo for the remainder of the trail.

To me, this meant hiking alone for 70 days.

The morning arrived and we silently ate our breakfast and packed up camp. It was time for Miles and me to say our goodbyes and split up on the trail for good.

When the moment of separation came, we could barely say anything. We embraced and with tears in our eyes, Miles walked on ahead. We usually hike somewhat apart during the day anyway, but when I saw Miles hike ahead knowing that he wouldn’t be waiting for me up the trail, I lost it. I cried for 3.5 miles straight until I arrived at the I-80 rest stop.

I knew immediately that this was not how I wanted to finish the final two months of my hike.

When I opened the doors to the I-80 rest stop building, I thought, “Maybe Miles is still here.” He had planned to stop there as well, so there was a chance we would run into each other.

The lobby was empty.

We knew right then that we couldn’t split up. We agreed that we would hike as much as we could together.

Even if it meant giving up our dream of thru-hiking the Pacific Crest Trail. 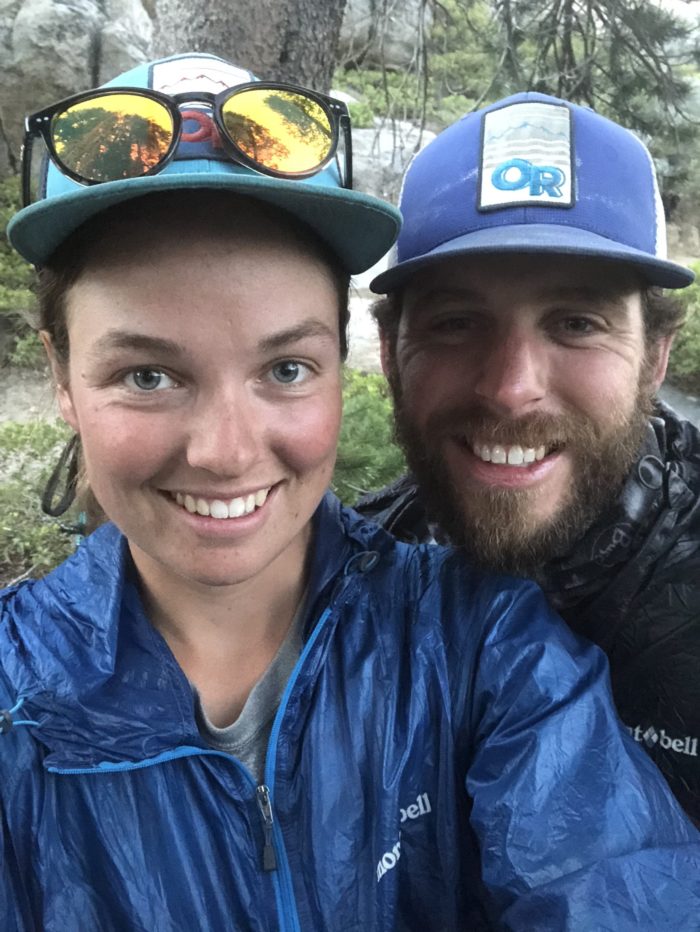 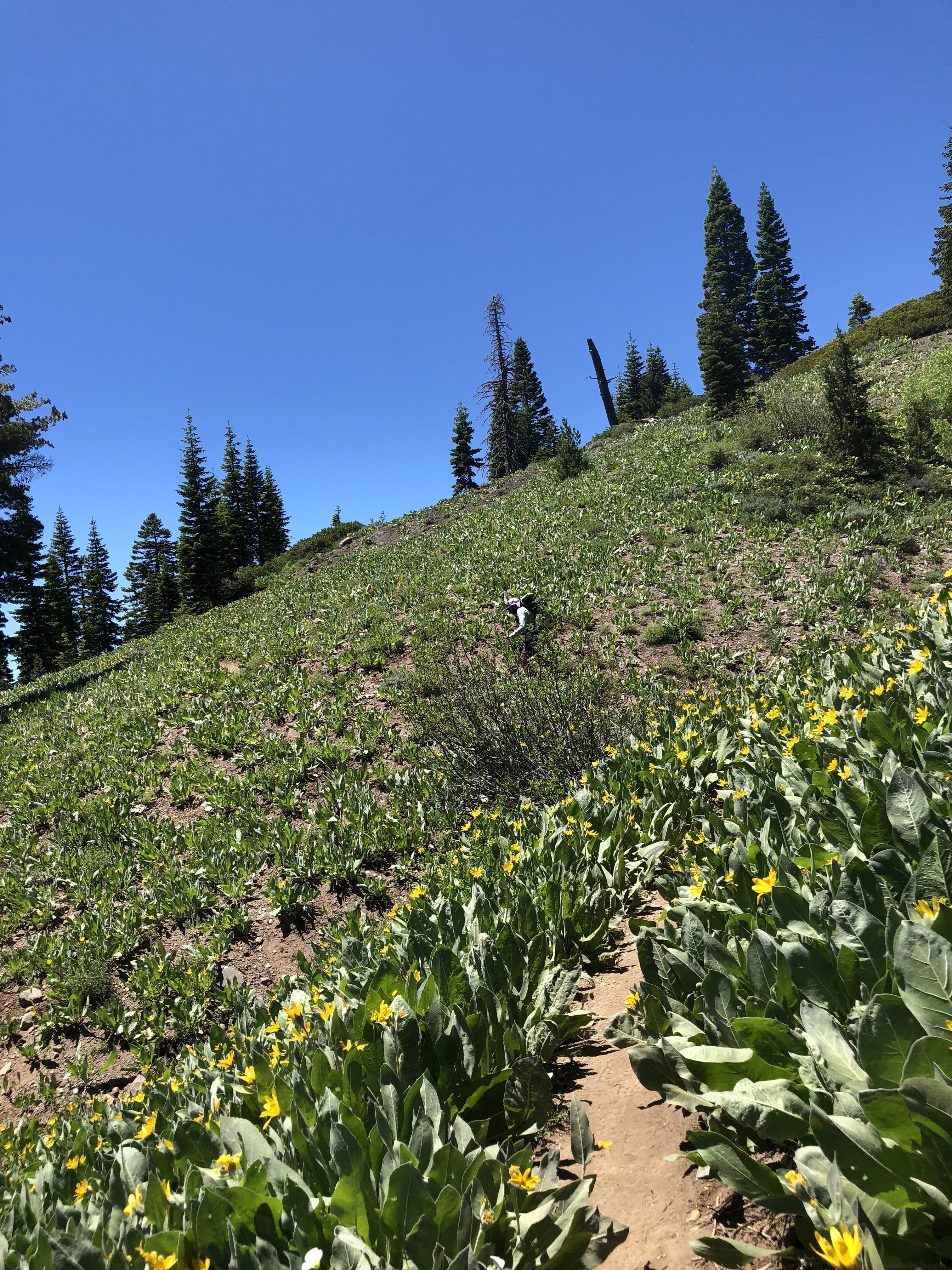 Although we had a renewed vision of hiking the remainder of trail together, Miles still needed to arrive in Belden in three days. He had a job interview for a teaching position, so he had to push 30+ per day to be there on time. More than anything (even thru-hiking), Miles wanted to be teaching again in the fall. He had no other choice but to haul ass. We decided to hike the next 100 miles separately. With my foot and shin hurting, I knew that I couldn’t keep up with Miles’s long-mileage days. We made a plan to meet in Belden on the 2nd or the morning of the 3rd and would continue hiking together afterward. 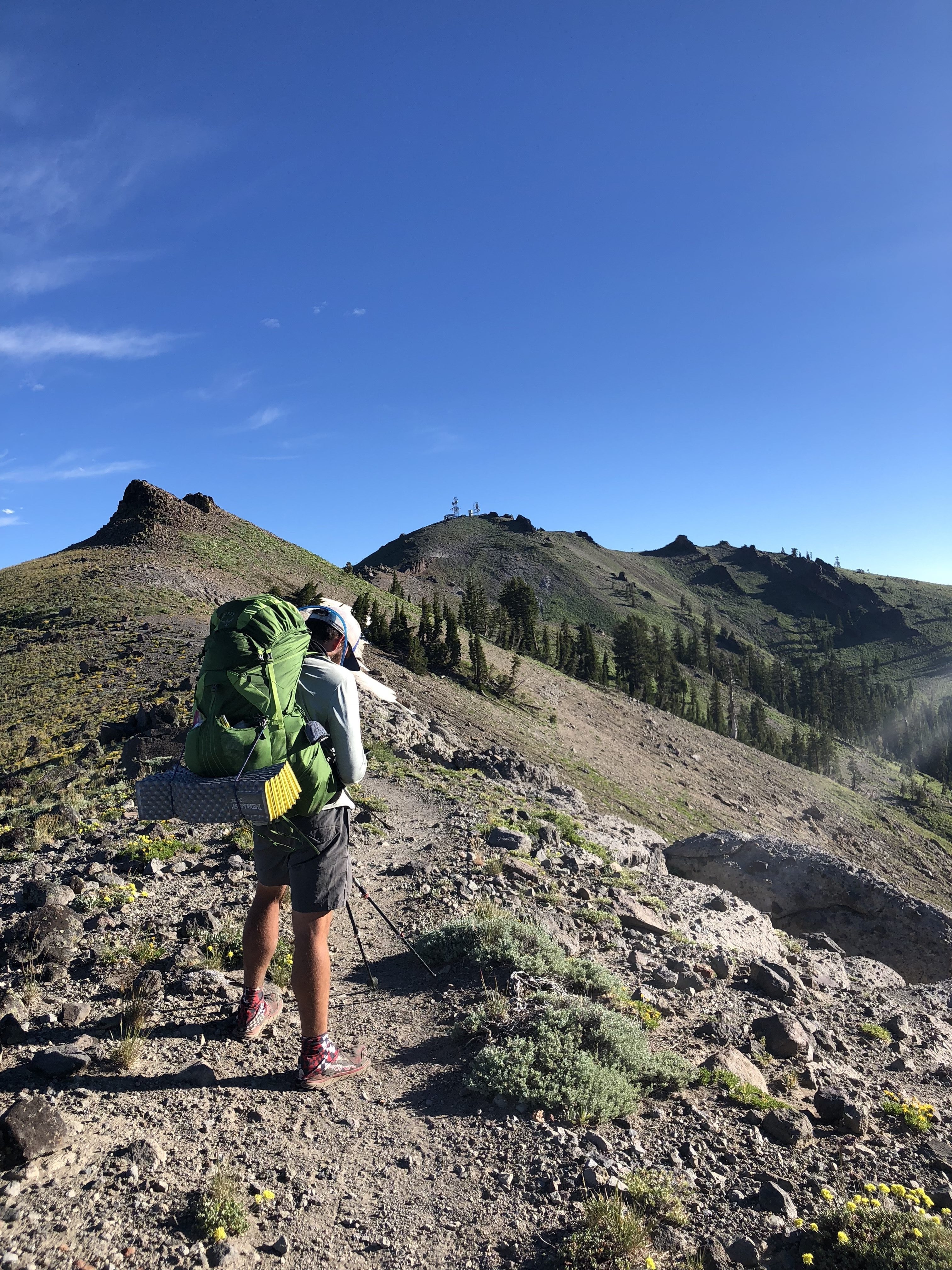 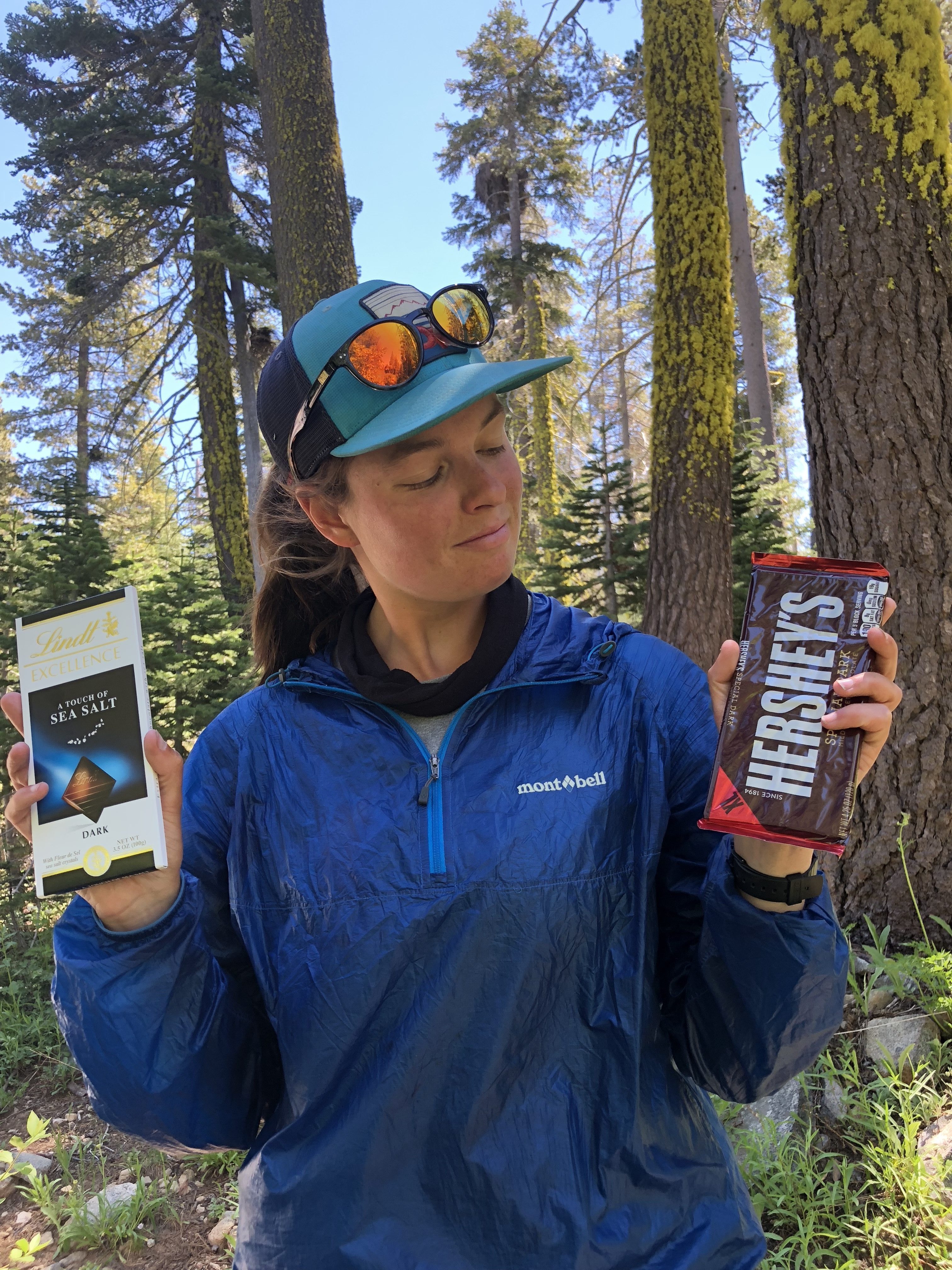